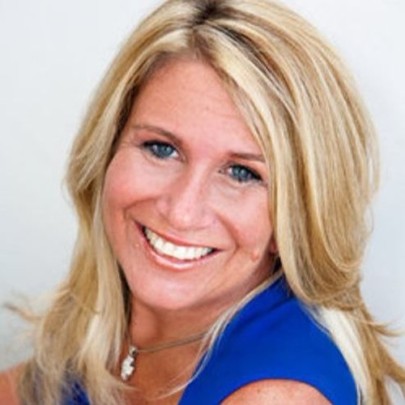 Bardi Toto is a NY Times Best Selling Author, loving mom of 2 boys, an everyday hero recognized on Values.com out of Millions of people for her Gratitude, Determination and Making a difference in the world on http://www.passiton.com/your-everyday-heroes. The foundation of her business and personal life is Gratitude. She shows Entrepreneurs and businesses  HOW to implement Gratitude into their sales teams and business via social media.

Bardi has gotten world renowned recognition for The Power of Gratitude, amongst her other unique strategies which include Disrupt Your Brand. Her latest book Disrupt Your Brand featuring Gary Vaynerchuk is launching Mid September 2020.

Bardi has been featured on The Daily Vee 478, featured in Entrepreneur Magazine, Forbes with her “Disruptive” Style of Branding and Marketing strategies implementing Gratitude. She has been featured on TV with her unique Branding/Marketing Strategies, books The Power of Asking, Disrupt Your Brand (September 2020) Kids for Gratitude (Feb 2020) and Thinking Upside Down Living Rightside Up, which include Fox, BOLD TV Business, Good Morning Texas, Living 808, ABC,CBS , NBC and The Morning Blend.

Bardi has also been on a  variety of radio shows including Iheart radio where she has hosted several shows. Bardi has had 3 interviews with Gary Vaynerchuk and has interviewed Mike Ditka, TD Jakes, Real Talk Kim and many others of notoriety. She has also been in several business magazines which have strengthened her proven track record helping Authors, Small business owners, entrepreneurs, Fortune 500 companies and Professional businesses effectively use Social Media. Her book became a #1 Best Seller in LESS THAN 2 hrs in the top 3 Categories.

Bardi has been named as a Global Goodwill Ambassador and received a humanitarian award representing the United States. Bardi is known for her Trademarked programs Disrupt Your Brand and The Invisible Branding Method, world renowned mentoring program, The Power of Asking amongst other programs.

Bardi has been interviewed several times by one of the Top Influencers on the internet Gary Vaynerchuk and featured as mentioned earlier on the Daily Vee.

Voted #2 out of the top 100 Branding Experts to follow on twitter and online. Founder and CEO of a Web Design, Branding/Digital Marketing Agency.

Her last book The Power Of Asking “Creating All That You Want” is a gift from the heart. Bardi’s goal is to change the lives of millions and make an impact in the world which she has already done with her attitude of gratitude and her heart.

Bardi Loves bringing others talents and gifts to the world with her unique Branding and Social Media “Niche Marketing Approach” that has been unseen online. She is internationally known for teaching How to Communicate on Social Media, building long term relationships and increasing your profits without selling.

Bardi Shows people what to do hands on, rather than telling them what to do. Bardi will not tell you what you want to hear but what works and what doesn’t. No Hype! With a strong background in the world of internet technology she has been working with various social networking giants like YouTube, Instagram, Facebook, Linkedin and Twitter. She is passionate about showing fellow professionals how to develop powerful profitable relationships using social media. Bardi provides her clients and students with a proven turnkey business model.

Bardi’s Branding program is the best in the industry. It has helped many including Authors, Celebrities Speakers, entrepreneurs, musicians, corporations and small businesses catapult their success to the next level. She offers unique Social Media Business Strategy mentoring program “Disrupt Your Brand” which helps you to achieve the success you were destined for.

Her new Power of Asking Mentorship program for Women is a unique blend of personalized coaching, branding and social media. Her Secret is Branding Yourself, Going after a “Niche” Market and the Power of Asking implemented with Gratitude.

From Nurse, to NY Times Author, entrepreneur and business mentor. Bardi took the love of helping other people onto the internet. In 1997 She discovered the world wide web with aol and fell in love with technology, thinking how it could change peoples lives. Her first encounter was not good. She saw people selling information online  but not “Showing you how”. Bardi decided to start her own Marketing and branding firm, making sure she stood out, she vowed to help others do the same. Instead of telling people what to do, she was determined to show people “How” to do it with step by step instructions online.

In 2006 Bardi discovered You Tube with video, and her life was never the same. This is where she was founded by Michael Beckwith (The Secret) who wrote the foreword of both her books. Other accolades and success stemmed from her online Video Success. Bardi began her own journey of producing original business content on Video as the voice of entrepreneurship online.

Bardi is able to get on the front page of Youtube and Google with any phrase or keyword without spending a dime. She solely has used social media since 2006 and has not spent a dime on marketing. This has gotten her some negativity by some because nobody has been able to duplicate it.

In 2008, Bardi started the Web 2.0 craze aka Social Media Niche Domination online with people like Gary Vaynerchuk, Joel Comm and others which changed her career. In 2009 she went on to become an international bestseller and was featured in a book with John Assaraf, Jim Rohn, Greg Reid, Dan Kennedy and other influencers.

Born in Texas and raised in Hawaii, Bardi was given the gift of growing up with The “Aloha Spirit” aka Gratitude. Bardi has received world renowned recognition from Forbes Magazine, BOLD TV for Business, Living 808, ABC, CBS, NBC for implementing gratitude with marketing for business. She is also the founder and CEO of Kidsforgratitude.org Helping our children become leaders vs bullies. Kids for Gratitude also helps children with medical needs and is a 501 c3.

Replicating what Bardi had done for herself she started doing the same for other businesses and brands, Toto then founded Disrupt Your Brand and Just Leads.